Back to all posts

Earlier this month Kevin Dewayne took to his instagram page to ask fans how they would feel about having Post Malone and Kevin Dewayne on a song together.

Post Malone who first found fame in 2015 with the release of his hit single "White Iverson" is also a product of North Texas as is Dewayne. Dewayne who recently signed his first record deal with Detroit based 313 Entertainment (owned by legendary Eminem hit making producer Jeff Bass) is currently working on his label debut project. Dewayne says he has not met Malone but is a huge a fan of Malone's work. Dewayne feels the two could create something magical! 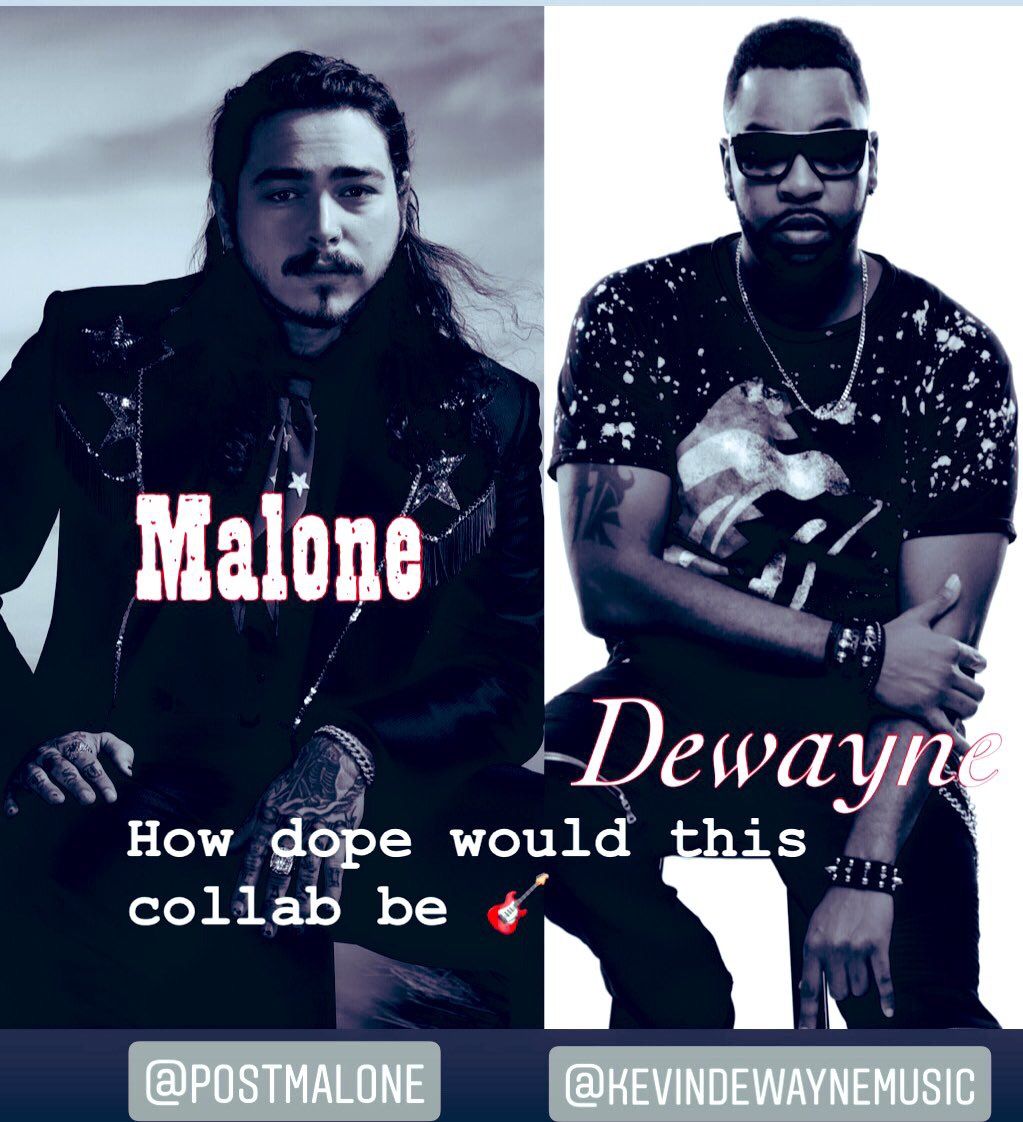